What is the cause of the resonant overvoltage?

During grid operation, when normal, the neutral point ungrounded system PT core saturation is likely to cause resonance overvoltage; the neutral point ungrounded mode single-phase fault can cause resonance overvoltage. Resonant overvoltages can also occur when the operation and maintenance personnel operate or the accident handling method is improper. In addition, equipment design selection and parameter mismatch are also the causes of resonant overvoltage.

The difference between operating overvoltage and resonant overvoltage:

Resonant overvoltage, various types of resonance phenomena and voltage rise due to improper coupling of system inductance and capacitance parameters. Therefore, the measure to prevent the resonance overvoltage is to destroy the resonance condition, so that the parameters cooperate to avoid the resonance region, and it is necessary to have an overall parameter prediction of the system, thereby adjusting the grid parameters.

Operating overvoltage is an excessive process that operates high-voltage, large-inductance-capacitor components (such as combined/divided long-haul lines, transformers, shunt capacitors, high-voltage induction motors, etc.) and faulty line trips/reclosings. The measures to prevent the operation of the overvoltage vary depending on the object of operation. Generally, a circuit breaker with a low breakdown probability or a metal oxide arrester is used to limit the operating overvoltage. 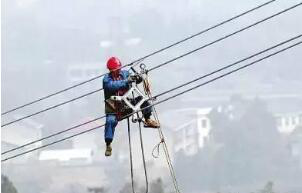 (1) Destroy the condition that the generator generates self-excitation to prevent the parameter resonance overvoltage.

(2) Strict implementation of the dispatching procedure: In the operation mode and during the switching operation, the circuit breaker capacitor is prevented from forming a series resonant circuit with the no-load busbar and the busbar PT to prevent damage to the device due to the resonant overvoltage.

(3) Relay protection: For the occurrence of specific accidents, such as single-phase grounding in the substation busbar, the busbar protection action, after the busbar switch trips, if the main transformer switch acts before the line switch, it will not cause resonance.

(5) Install a small reactance at the neutral point of the parallel high-voltage reactor: This measure can block the power frequency voltage transmission and series resonance in the non-full phase operation.

(6) Neutral grounding point: increase the bus-to-ground capacitance or reduce the number of grounding transformers in the system. This means increasing the grounding inductance of the busbar, thus reducing the natural frequency of the natural vibration and avoiding the system from the east. A bus ferromagnetic resonance overvoltage occurs.

If you want to know more, our website has product specifications for transformers, you can go to ALLICDATA ELECTRONICS LIMITED to get more information