How can Advance innovations improve the efficiency of data center memory?

Researchers at the Massachusetts Institute of Technology have designed a novel flash memory system that can reduce the energy and physical space required by one of the most expensive components in the data center: data storage. The data center is a server farm that facilitates communication between users and Web services and is one of the most energy-intensive facilities in the world. Among them, thousands of power consumption servers store user data, while separate servers run application services that access the data. Other servers sometimes facilitate calculations between the two server clusters. 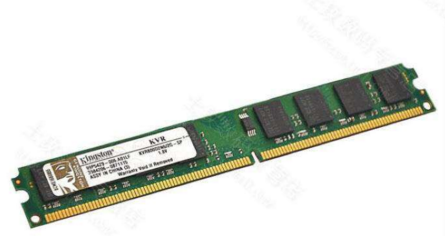 In the experiment, the researchers found a cluster of four LightStore cells, called storage nodes, that were twice as efficient as traditional storage servers and were measured by the power consumption required for on-site data requests. The cluster also needs less than half the physical space occupied by existing servers. Researchers break down energy savings through personal data storage operations to better capture the full power of the system. For example, in "random write" data, this is the most computationally intensive operation in Flash, and LightStore is almost eight times more efficient than traditional servers.

A major efficiency issue in today's data centers is that the architecture has not changed to accommodate flash storage. Years ago, data storage servers consisted of relatively slow hard drives, as well as many dynamic random access memory circuits (DRAMs) and central processing units (CPUs) that helped quickly process all the data coming in from the application server.

However, today, hard drives are mostly replaced by faster flash drives. Chung said: "People just need to insert the flash into the hard drive without changing anything else." "If you can connect the flash drive directly to the network, you don't need these expensive storage servers at all." For LightStore, research The person first modified the SSD according to the "key-value pair", which is a very simple and effective protocol for retrieving data. Basically, the user request is displayed as a key, such as a string of numbers. The key is sent to the server, which releases the data (value) associated with the key.

The concept is simple, but the keys can be very large, so computing (searching and inserting) them only in SSDs requires a lot of computing power, which is consumed by the traditional "flash translation layer." This rather complex software runs on separate modules on a flash drive to manage and move data. Researchers use some data structure technology to run this flash management software using only a small portion of computing power. In doing so, they completely offloaded the software to tiny circuits in the flash drive, which is more efficient.

Then the challenge is to ensure that the application server can access the data in the LightStore node. In the data center, applications access data through various fabric protocols, such as file systems, databases, and other formats. Traditional storage servers run complex software that provides application server access through all of these protocols. But this uses a lot of computational energy and is not suitable for running on LightStore, which relies on limited computing resources.

The researchers designed a very lightweight software called an "adapter" that converts all user requests from application services to key-value pairs. The adapter uses a mathematical function to convert information about the requested data (such as the command from a particular protocol and the identification number of the application server) into a key. It then sends the key to the corresponding LightStore node, which finds and releases the paired data. Because the software is simpler to calculate, it can be installed directly on the application server.