What is the basic amplifier circuit of the car module?

The concept of zooming is no stranger to you. The microscope amplifies the cells. The principle of leverage gives me a fulcrum. I can lift the whole earth. The energy of the transformer voltage is converted to low voltage and high voltage. These are all aspects of amplification. They have two characteristics. One is to scale the object proportionally, and the other is to follow the law of conservation of energy after amplification. A circuit capable of amplifying a weak signal is called an amplifying circuit or an amplifier. For example, the key component in a hearing aid is an amplifier.

The amplifier has an AC amplifier and a DC amplifier. The AC amplifier can be divided into low frequency, medium source and high frequency according to frequency; the output signal strength is divided into voltage amplification and power amplification. There are also amplifiers that use integrated op amps and special transistors as devices. It is the most complex and variable circuit in electronic circuits. But beginners often encounter only a few typical analog circuits.

When reading the magnifying circuit diagram, it is also carried out according to the principles and steps of “gradual decomposition, seizing key, careful analysis, and comprehensive integration”. First, the entire amplifying circuit is separated step by step according to the input and output, and then the key is grasped step by step to analyze and clear the principle. Amplifying circuit has its own characteristics: First, there are two working states, static and dynamic, so sometimes it is necessary to draw its DC path and AC path to analyze; Second, the circuit often adds negative feedback.  In this level, sometimes it is feedback from the latter level to the predecessor level, so it is necessary to be able to “see ahead” when analyzing this level. After the principle of each level is solved, the entire circuit can be connected for comprehensive synthesis.

2, the object of magnification is the amount of change. 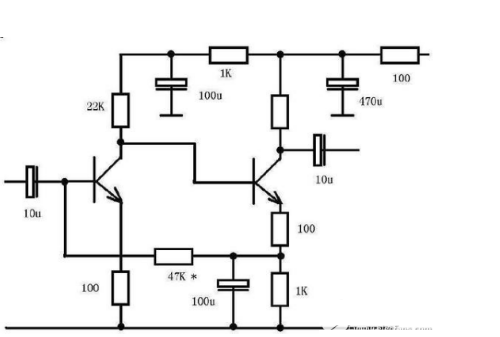 If you want to know more, our website has product specifications for the amplifier, you can go to ALLICDATA ELECTRONICS LIMITED to get more information