The importance of smart power audio amplifiers for smartphones

The content that people consume on smartphones, tablets or other portable devices seems to have no end. As smartphone screens become larger, brighter and provide a better overall visual experience, consumers are experiencing mobile content in new ways.

Over the years, the screen size of many mobile phones has become larger, but the audio experience does not always go hand in hand, especially in the "loud" speaker mode. As a result, more high-end phones offer stereo as an add-on feature, usually with a mini speaker at the top and bottom. Now, when users look at their stereo enhanced phones from the side (ie, landscape view), they will find a speaker on each side to help create a better "stereo" listening experience.

The trend toward stereo audio in smartphones and other audio playback devices suggests that audio amplifiers play a particularly important role in smartphone design. As a result, audio amplifiers have seen significant growth in both capacity and technology. According to the SAR Insight&Consulting Audio Power Amplifier Market Growth Report 1: "Compared with 2010, the market for audio amplifiers has increased by a factor of 3 in 2018, not only because of the increase in shipments of audio playback equipment, but also through the channels of each device. The number is also increasing.” The report also pointed out that stereo speakers have been widely used in the high-end smartphone market that sells for more than $550. The analyst firm also expects stereo to expand to mid-range handsets priced between $200 and $500. It is estimated that nearly 700 million amplifiers will be used in the mid-market in 2023.

The importance of boosting audio amplifiers is increasing

However, the widespread trend of including stereo in smartphones does not necessarily ensure a high quality audio experience. To this end, the micro-horn should also be equipped with a smart boost audio amplifier to protect the speaker from damage while maximizing the loudness of the speaker. Smartphone audio designers should use high-voltage audio amplifiers, speaker-monitored analog-to-digital converters (ADCs), and advanced algorithms that keep miniature speakers in safe operation, ensuring better, louder, clearer audio sound. In addition, two speakers usually mean two amplifiers. Therefore, size, efficiency, battery current management and audio performance are twice as important. Therefore, as smartphones go to stereo, audio amplifiers that have not previously appeared play a more important role. 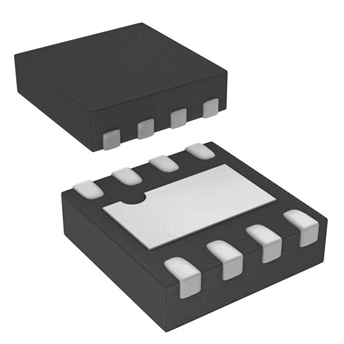 If you want to know more, our website has product specifications for audio amplifiers, you can go to ALLICDATA ELECTRONICS LIMITED to get more information