Will the mechanical hard drive terminator be a QLC SSD?

The following personal views are for reference only

1. For QLC SSD, Intel is the first to be promoted in the industry. T / W failed in 64L QLC, but 96LQLC is estimated to be behind in the choice of product specifications and time. In theory, Samsung's technical strength and willingness to advance should be no problem, but the time will be in the second half of the year. Micron's progress lags behind INTEL due to its controller and firmware capabilities, and it is estimated that it will also be in the second half of the year. The launch of SK Hynix's QLC is good news, but its maturity is worrying. Its 96L technology lags behind the market. According to the cycle of announce to mass production of 9 months to 12 months, the optimistic estimate is 20 years. Q1 is up. Then the market will form a stable climate of 3-4 companies in the first quarter of 2020. 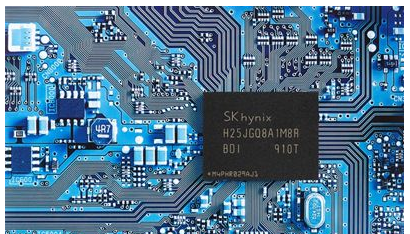 2. PC SSD has reached today. It is not surprising that the overall deployment rate will exceed 50% in the second half of this year. In view of the current price reduction trend of FLASH, the overall deployment rate is even 60%, and business notebooks exceed 75 %, Consumer notebooks are close to or more than 50%, while desktop computers (consumer desktops have declined, and business desktops still have a lot of market). The adoption rate may reach 30-40%. PC SSD completely replaces the hard disk and the core issue will be completed within a period of time is cost, because performance, data storage durability and reliability are gradually not a problem.

3. The QLC technology is not mature enough at 64L and lacks cost advantages, but by 96L, QLC will show advantages. At present, the order of the performance / cost ratio of each mainstream product is 64L 512Gb QLC "64L TLC 512Gb" 64LTLC 256Gb. Natural QLC is still in the technology promotion stage, and by 96L, the performance cost ranking has become 96L 256Gb TLC "96L 512Gb TLC "96L 1Tb QLC, then QLC believes that it will become the optimal choice for PC SSD or even data center SSD.

4. PC storage can be roughly divided into two categories, a large proportion of which is insensitive to capacity, especially in commercial notebooks, which has been completely replaced by SSDs at present; the other is capacity / price ratio sensitive, and the current mainstream of hard disks is 1T / 2T, the price is only in the range of 35-45 $, which is difficult to achieve in a short time under the current Flash cost structure. Even 96L / 128L TLC is difficult to achieve. (SSD cost = controller + NON-NAND + NAND, 128L TLC cost is difficult to get 0.03 $ / GB)

5. Module manufacturers and controller manufacturers need to compete with each other to determine whether they can seize market maturity opportunities. Firmware maturity is very important. Solving performance problems, error correction problems, and improving durable storage through bad block management and handling cannot be avoided cast late.

If you want to know more, our website has product specifications for the SSD， you can go to ALLICDATA ELECTRONICS LIMITED to get more information