What is the prospect of the LCD panel industry?

At present, after years of hard work, the output of LCD panels in my country's mainland has ranked second in the world, the independent core technology has grown rapidly, and the global industrial voice has been continuously strengthened. In terms of LCD TV panels, Chinese mainland panel manufacturers have accounted for 30% of global shipments, reaching 77 million pieces, surpassing the 25.5% market share of Taiwan for the first time, ranking second in the world after South Korea.

Because of the many advantages of the LCD display, it has penetrated into various fields and has a wide range of applications. The capital market continues to favor the display application industry and continues to penetrate strongly. my country has relatively broad prospects for the development of the LCD panel industry, but from the perspective of the industry's development level, further improvement is needed.

Although the panel industry has made major breakthroughs, the technology of local manufacturers is still weak, especially in the high-end product field, which imports LCD panels from South Korea, Japan, and Taiwan all the year round. Especially in the development of new technologies, the technological gap with Japanese, Korean, and Taiwanese companies is still relatively large, and is still in the stage of technological catch-up overall. Moreover, the self-sufficiency rate of the LCD panel is still low, and the self-sufficiency rate is only 30%. The external dependence of the product is large, which affects the long-term development of the domestic LCD panel industry to a certain extent. 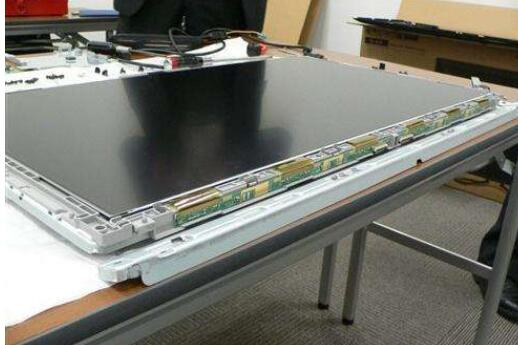 Secondly, with the continuous increase of consumer electronics product holdings in global households, the downstream demand for display panels will maintain a sustained boom, and the demand for diversified panel applications will drive the continuous upgrade of panel technology.

As Samsung Display shifted its focus to OLDE, the fifth-generation LCD production line was sold to Chinese companies, and the panel industry in mainland China developed rapidly, and the scale of production continued to increase. In the next few years, the LCD focus will gradually shift to China.

In the next few years, as Chinese companies increase investment, LCD production capacity will continue to grow. It is expected that by 2022, China's LCD display market will reach 103.9 billion yuan.

If you want to know more, our website has product specifications for LCD panel, you can go to ALLICDATA ELECTRONICS LIMITED to get more information