The resistance strain sensor consists of a resistance strain gauge and a measurement circuit. The resistance of its sensitive components changes with mechanical deformation (elongation or shortening). It is widely used to measure force and some non-electrical parameters related to force (such as pressure, load, torque, acceleration, etc.)

Its shortcoming is that it has large nonlinearity for large strain and weak output signal, but certain compensation measures can be taken. It is therefore widely used in automated test and control technology.

Resistance strain sensor is the main classification of resistive sensor. It can be customized into different structural forms according to various measurement requirements. It can measure many physical quantities. 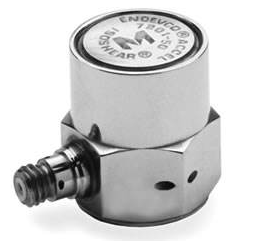 The strain gauge in the sensor has a strain effect of the metal, that is, mechanical deformation under the action of an external force, so that the resistance value changes accordingly. There are two types of resistance strain gauges: metal and semiconductor. Metal strain gauges are available in wire, foil and film.

Allicdata Electronic specialize in the production of Color Sensors, Current Transducers, force sensor,  Flow Sensors, Image Sensors, Magnetic Sensors, Motion Sensors, Optical Sensors, Temperature Sensors,etc. If you are sourcing the products, please contact us, we will try our best to solve it for you. For more product information, please go to the website to get it.