What are the applications of Hall effect sensors?

The Hall effect is a type of electromagnetic effect. When a current passes through a conductor in a magnetic field, the magnetic field generates a force in the direction of the electrons in the conductor that is perpendicular to the direction of the electron's movement, thus perpendicular to the conductor and the magnetic induction. A potential difference occurs in both directions of the line. With the continuous improvement of technology, Hall effect-based sensors have made significant progress in material technology. Hall effect sensors can be widely used in power systems as on / off sensors or linear sensors. 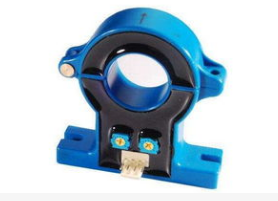 With the development of electronic technology, the degree of electronicization of automobiles is getting higher and higher. A good car control system can improve the adhesion between the wheels and the ground, thereby improving the safety, power and comfort of the car. The sensor is the core device in electronic technology and a device for signal conversion. Its function is to convert the measured non-electrical signal into an electric signal. It is a key device to promote the comprehensive development of automotive technology. In the automotive chassis electronic control system, the control work is inseparable from the sensor, and the speed sensor plays a major role in the vehicle control system.

The user can make a reasonable choice according to the installation requirements (ie the direction of the rotor magnetic field) and the induction direction of the Hall sensor. Honeywell SS30, SS31x / SS41x, and SS36x / SS46x series Hall-effect sensors provide the precise motor shaft position data required for brushless DC motors.

If you want to know more, our website has product specifications for the Hall effect sensors， you can go to ALLICDATA ELECTRONICS LIMITED to get more information