What is the extension method based on interface chip 8255?

Another way of processing is to treat the memory of the interface chip as an external data memory without separately setting the access instruction of the I/O port. This method is called unified addressing, and the 8051 adopts this method.

Below we introduce the interface chip 8255.

Suppose that two 8K data memories and a piece of 8255 are mixed and expanded into the external data memory of the CPU, and their chip select signals are connected in a decoding manner.

When P2.6 and P2.5 are 00, the decoder output terminal YO is valid, and the first piece of data memory is selected. It can be seen that the logical addresses of the first slice memory are 0000H-1FFFH and 8000H-9FFFFH, and each physical unit has two logical address 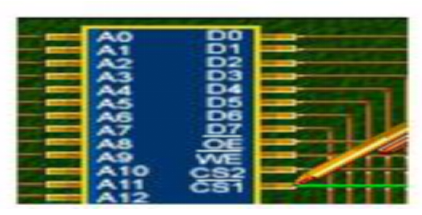 If you want to know more, our website has product specifications for interface chip, you can go to ALLICDATA ELECTRONICS LIMITED to get more information