Texas Instruments: What is an operational amplifier?

Many textbooks and reference guides define operational amplifiers (op amps) as application specific integrated circuits (ICs) that can perform various functions or operations (such as amplification, addition, and subtraction). Although I agree with this definition, it is still necessary to pay attention to the voltage of the input pins of the chip.

In this article, I will explain the basic operation of a general-purpose voltage feedback operational amplifier, and please refer to other contents for more information.

Figure 1 depicts the standard schematic symbols of an operational amplifier. There are two input terminals (IN +, IN-), one output terminal (OUT) and two power terminals (V +, V-). The names of these terminals may vary by manufacturer, and even a single manufacturer may use different names, but they are still the same five terminals.

For example, you may see Vcc or Vdd instead of V +. Or, you might see Vee or Vss instead of V-. The other labels of the power terminals will be different because they refer to the type of transistor inside the device. For example, when using a bipolar junction transistor (BJT) inside an operational amplifier, the power supply corresponds to the collector and emitter of the BJT: Vcc and Vee. When using field effect transistors (FETs) inside the op amp, the power supply label corresponds to the drain and source of the FET: Vdd and Vss. Today, many op amps contain both BJT and FET, so V + and V- are common tags, regardless of the transistors inside the device. In short, don't care too much about pin labels, just understand their role.

Equation 1 represents the transfer function of the operational amplifier:

Figure 2 depicts the operational amplifier as part of the feedback control system. You will notice that the output OUT is fed back to the negative input IN- through a block labeled ß. ß is called the feedback factor and usually uses resistors to reduce the output voltage.

Figure 2 depicts the operational amplifier as part of the feedback control system. You will notice that the output OUT is fed back to the negative input IN- through a block labeled ß. ß is called the feedback factor and usually uses resistors to reduce the output voltage.

Figure 3 compares the open-loop operational amplifier and the negative feedback operational amplifier. The op amps used in these TINA-TI ™ software emulation circuits are near-ideal op amps, with power supplies added to limit the output voltage. Note that for the open-loop configuration on the left, the output is almost equal to the positive power supply (V +). This is because there is a small difference (100mV) between the input pins. This small voltage is amplified by the open-loop gain, which will force the output to one of the supply voltages. In the negative feedback or closed-loop circuit on the right side of Figure 3, the voltage divider on the output of the operational amplifier requires an output voltage of 200 mV in order to equalize the inverting and non-inverting inputs.

The amplification of the input voltage is called the gain. It is a function of the resistance value in the feedback loop. Equation 2 describes the gain equation of the circuit on the right in Figure 3, which is called a non-inverting amplifier. You will see that the calculated output voltage matches the simulation. If you want to learn more about this circuit (as well as other common operational amplifier circuits such as buffers, non-inverting amplifiers, and differential amplifiers), you can download the eBook "Analog Engineer Circuit Guide: Amplifiers". " 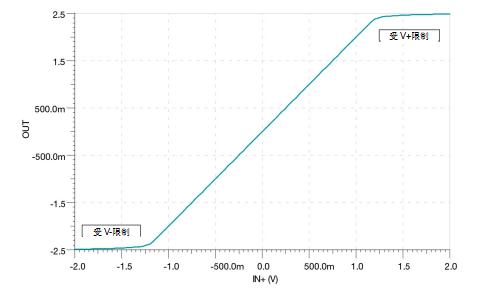 Due to this limitation, it can be seen in FIG. 5 that as the output approaches the power supply, the voltage difference Vdiff between the input pins increases. Only when the inputs are almost equal, the operational amplifier operates in the linear region. 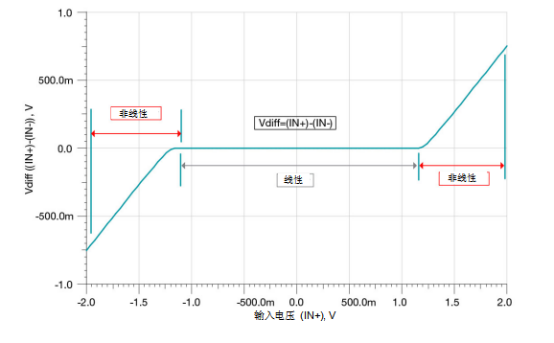 Figure 5: Vdiff and IN + of the in-phase amplifier circuit

If you like DIY circuits, you may evaluate the general-purpose DIY amplifier circuit evaluation module (for single-channel op amps), the dual-channel general DIY amplifier circuit evaluation (for dual-channel op-amps), or the DIP package conversion evaluation module (available with Standard proofing board or circuit breadboard used together) interested. DIY-EVMs support op amps in different packages, and have many standard op amp circuits, such as non-inverting amplifiers, inverting amplifiers, buffers, and filters (including Sallen-Key and multiple feedback) as described in this article. Because the dual in-line package (DIP) conversion EVM can convert many standard surface mount packages to DIP for use with circuit breadboards, you can evaluate any configuration of amplifier.

If you want to know more, our website has product specifications for amplifier, you can go to ALLICDATA ELECTRONICS LIMITED to get more information