How to choose an LCD panel by the best way?

For LCD TVs, the LCD panel is the most critical component, accounting for more than 2/3 of the overall cost. Consumers should pay enough attention to this. The manufacturers have their own hard and soft screens, so that consumers can identify Confused. Some people pointed out that the difference between the hard screen and the soft screen is only whether a layer of a harder external screen is added to the LCD screen. The hard screen will affect the picture quality under the condition of thermal expansion and contraction. Will affect the color effect of the picture. The soft screen is very delicate and easily scratched, etc. None of these claims are scientific and inaccurate. To choose a good LCD TV and a good LCD panel, we must first understand the scientific principles, related parameters and mainstream technologies of the LCD panel.

In terms of screen size, only the IPS hard screens produced by LG are 42-inches. The panels of other panel suppliers are generally 40-inch screens of earlier production lines, and further improvements are needed.

In terms of the stability of the image display, the hard screen performs better. When the S-IPS hard screen is normally squeezed or touched, its screen display will not be affected, because it adds a thermally conductive protective layer on the front surface of the display , Not only improves the light transmission performance and heat dissipation performance of the display screen, but also ensures the stability of the image quality display. 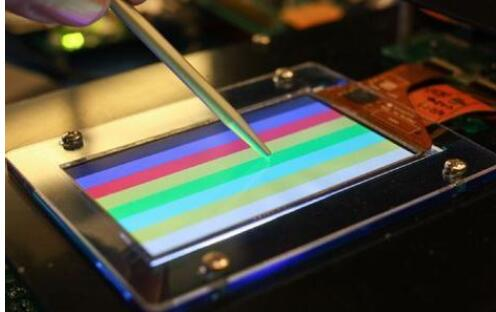 The quality of an LCD monitor depends on its panel first, because the quality of the panel directly affects the viewing effect of the screen, and the LCD TV panel accounts for more than half of the overall cost, which is the main factor affecting the cost of the LCD TV, so To choose a good LCD display, first choose its panel. The LCD panel can largely determine the brightness, contrast, color, viewing angle and other very important parameters of the LCD display. The development speed of the LCD panel is very fast, from the three generations in the previous years, to the fourth and fifth generations, and then skip the sixth generation to reach the seventh generation, and the updated eighth generation panel is also planning. The manufacturers of LCD panels are mainly Samsung, LG-Philips, IVT, AUO, BOE, Optoelectronics, etc. Due to the differences in the technical levels of various companies, the LCD panels produced are roughly divided into several different types. Common types include TN panels, MVA and PVA and other VA panels, IPS panels and CPA panels.

TN is called Twisted Nematic (twisted nematic) panel. The low production cost makes TN the most widely used entry-level LCD panel. It is widely used in mainstream low-end LCDs on the market. Most of the TN panels we see are improved TN+film, film is the compensation film, which is used to make up for the lack of viewing angle of the TN panel. The viewing angle of the improved TN panel reaches 160°, of course, this is the manufacturer’s contrast ratio The limit value measured in the case of 10:1 actually has distortion or even color cast when the contrast drops to 100:1.

VA panel is a panel type with more high-end LCD applications and belongs to a wide viewing angle panel. Compared with TN panels, 8bit panels can provide 16.7M colors and a large viewing angle is the capital of this type of panel positioning high-end, but the price is also more expensive than TN panels. VA panel can be divided into MVA panel led by Fujitsu and PVA panel developed by Samsung, the latter is the inheritance and improvement of the former. The front (front view) contrast of the VA panel is the highest, but the uniformity of the screen is not good enough, and color drift often occurs. Sharp text is its killer, and the black and white contrast is quite high.

IPS (In-Plane Switching) technology is a liquid crystal panel technology launched by Hitachi in 2001, commonly known as "Super TFT". The IPS camp, led by Hitachi, gathered a group of manufacturers such as LG-Philips, Hanyu Caijing, IDTech (a joint venture between Chimei Electronics and Japan’s IBM), but not many models can be seen in the market. The biggest feature of the IPS panel is that its two poles are on the same surface, unlike the electrodes of other liquid crystal modes, which are arranged three-dimensionally on the upper and lower sides. Since the electrodes are on the same plane, the liquid crystal molecules are always parallel to the screen regardless of the state, which will reduce the aperture ratio and reduce the light transmittance. Therefore, IPS applications on LCD TVs will require more backlights. In addition, there is an S-IPS panel that is an improved type of IPS.

CPA (ConT Inuous Pinwheel Alignment) mode wide viewing angle technology (soft screen), CPA mode wide viewing angle technology is also strictly a member of the VA camp, each liquid crystal molecules are arranged in a firework shape radiating toward the center electrode. Since the electric field on the pixel electrode changes continuously, this wide viewing angle mode is called a "continuous fireworks arrangement" mode. CPA is mainly promoted by Sharp, the "father of LCD". It should be noted here that ASV, which has always been promoted by Sharp, does not actually refer to a specific wide-viewing technology. Technical products are collectively called ASV. In fact, only CPA mode is Sharp's own wide-angle technology, and the products of this mode are basically equivalent to MVA and PVA. In other words, Sharp brand LCD TVs may not necessarily use Sharp's own CPA mode LCD panel, it may use Taiwan manufacturers' VA mode panels or other manufacturers' LCD panels. Sharp's CPA panels have true color reproduction, excellent viewing angles, delicate images, and relatively expensive prices, and Sharp rarely sells CPA panels to other manufacturers. The CPA panel is also a soft screen, and similar water marks will appear when you gently swipe with your hand. A closer look at the screen is roughly like this: 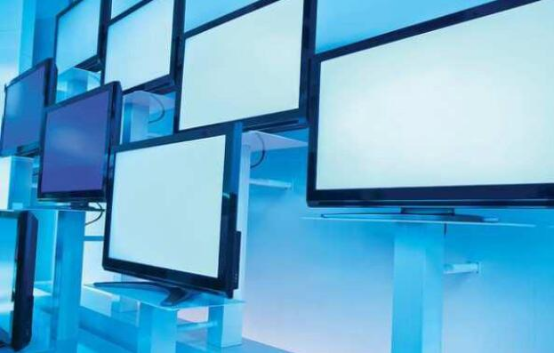 ADSDS (Advanced Super Dimension Switch) advanced super-dimensional field conversion technology (hard screen), strictly belongs to the IPS camp, is a technical improvement of the traditional IPS panel. But unlike IPS, ADSDS panels use ITO transparent electrodes instead of traditional metal electrodes, which increases the aperture ratio and transmittance. With the arrangement of liquid crystal molecules similar to IPS panels, the color expression of the LCD panel can be improved. ADSDS is mainly promoted by Chinese LCD panel suppliers, and is mainly applied to LCD TVs of its own brand.

If you want to know more, our website has product specifications for LCD panel, you can go to ALLICDATA ELECTRONICS LIMITED to get more information