What types of monitors are divided into display technologies?

The English language of the display is PlasmaDisplayPanel (PDP). Plasma display is a display device that uses gas discharge to make the phosphor glow and image. Plasma display has the advantages of large screen resolution, ultra-thin, rich and vivid colors, high contrast, large viewing angle and rich interfaces. The disadvantage is that the production cost is high and the power consumption is large. It is rarely seen in the field of computer monitors.

CRT display is a display using a cathode ray tube (CathodeRayTube). The cathode ray tube is mainly composed of 5 parts: electron gun (ElectronGun), deflection coil (Deflectioncoils), shadow mask (Shadowmask), phosphor layer (Phospho), glass and shell group. In addition, CRTs, which are an important part of CRT displays, are divided into cylindrical tubes and flat tubes. Among them, the cylindrical tube is curved in the horizontal direction and flat in the vertical direction. It is characterized by high brightness and colorful and full color. Pure flat tubes achieve a true plane in both horizontal and vertical directions. Because the design can make the human eye look at the screen The focusing range is increased, and the distortion reflection is reduced to a minimum, so it looks more comfortable and realistic. At present, due to the large size of CRT monitors, radiation and other factors, it has withdrawn from the mainstream market, but some special industries are still used. 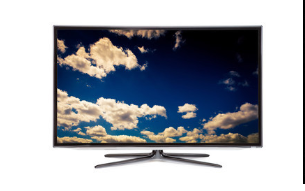 LCD display (liquid crystal display) is mainly composed of two parts: liquid panel and backlight module. Among them, the function of the backlight module is to provide a light source to illuminate the liquid crystal panel, and the liquid crystal panel displays various patterns and colors on the screen by selecting the light surface emitted by the light module. LCD display has the advantages of thin body, small footprint and small radiation, giving people the image of a healthy product. But the actual situation is not the case, the use of LCD screens may not protect your eyes, which depends on the habits of everyone using the computer.

3D displays have always been recognized as the ultimate dream of display technology development. Traditional 3D movies have two sets of images on the screen (derived from two cameras that are at an angle to each other when shooting). The audience must wear a polarizer to eliminate ghosting so that only one set of images can be seen with one eye). Parallax, produce a three-dimensional sense. Two major stereoscopic display technology systems that need to wear stereo glasses and do not need to wear stereo glasses have been developed.

If you want to know more, our website has product specifications for display technologies, you can go to ALLICDATA ELECTRONICS LIMITED to get more information