Do you know what a tactile sensor is?

Today, with the continuous development of sensor technology, many new sensors have been developed. Some time ago, ETH researchers developed a novel and low-cost tactile sensor. The tactile sensor can help the robot arm to grasp sensitive and fragile objects.

Humans can pick up fragile or slippery objects with their hands. Our sense of touch makes us feel whether we hold the object firmly or whether the object will slide over our fingers, so we can adjust the strength of the grip accordingly. This feedback is also required for robotic gripping arms that are responsible for grasping objects that are fragile, slippery, or complex. 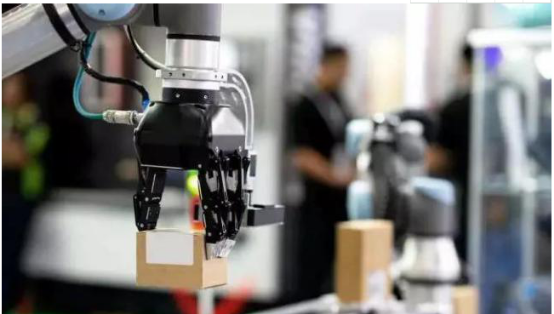 Robotics researchers at the Federal Institute of Technology in Zurich have now developed a tactile sensor that can come in handy in this situation and mark their belief that this is an important step towards "robot skin". The engineer pointed out that the extremely simple design of the sensor makes its production cost low. Essentially, it consists of an elastic silicone "skin" with colored plastic beads and a conventional camera fixed on the bottom surface.

The sensor is based on vision: when in contact with an object, dents will appear on the silicone skin. This changes the microbead pattern, which is recorded by the fisheye lens on the underside of the sensor. Based on these changes in the pattern, the force distribution on the sensor can be calculated.

Traditional sensors only record the applied force at one point. In contrast, our robot skin allows us to distinguish between multiple forces acting on the surface of the sensor and calculate it with high resolution and accuracy , "Said Carlo Sferrazza, a PhD student in a group led by Raffaello D'Andrea, professor of dynamic systems and control at ETH Zurich. "We can even determine the direction of the force," Sferrazza said. In other words, the researchers can recognize not only the force exerting vertical pressure on the sensor, but also the shearing force acting laterally.

To calculate which forces pushed the microbeads in which direction, the engineers used a comprehensive set of experimental data: in standardized tests through machine control, they examined various contacts with the sensor. They can precisely control and systematically change the position of contact, the distribution of force and the size of objects in contact. With the help of machine learning, the researchers recorded thousands of contact instances and accurately matched them to changes in the magnetic bead pattern.

To date, the thinnest sensor prototype the researchers have built is 1.7 cm thick and covers a measuring surface of 5 x 5 cm. However, researchers are using the same technology to implement larger sensor surfaces equipped with multiple cameras, so that objects with complex shapes can also be identified. In addition, their goal is to make the sensor thinner-they believe that using existing technology can achieve a thickness of only 0.5 cm.

Since the elastic silicone is non-slip and the sensor can measure the shear force, it is very suitable for robot gripping arms. Sferrazza explained: "When an object threatens to slide out of the grip of the arm, the sensor will recognize it so that the robot can adjust its grip."

Researchers can also use this sensor to test the hardness of materials or digital touch patterns. If integrated into a wearable device, the cyclist can measure the force they exert on the bicycle through the pedal, or the runner can measure the force entering the shoe while jogging. Finally, such sensors can provide important information for developing tactile feedback for virtual reality games, for example.