What is the mainstream sensor technology in cars?

Unmanned driving technology is actually very mature now. At the current level of technology, if the complex traffic conditions of a large city are turned into a laboratory-specific pattern, there are vehicles with unified standards and pedestrians in normal conditions in the scene Then, without a steering wheel, a car that will automatically travel all the way will be available now.

The problem lies in how a car can know the complex traffic conditions in reality, and how it can be as flexible as human eyes and brains. The key lies in the need to cooperate with a variety of sensors. They will eventually pass the monitored data to high-precision processors, identify roads, signs and pedestrians, and make decisions such as acceleration, steering, and braking. 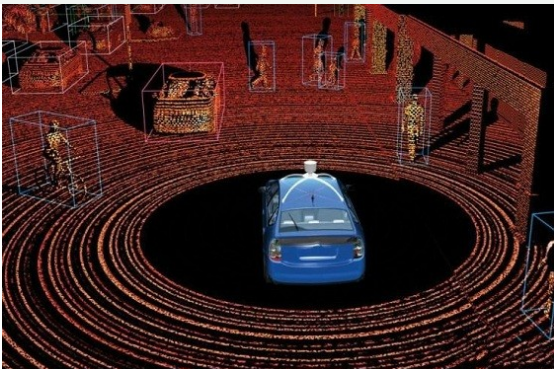 In the part of intelligent perception and recognition, on-board optical systems and on-board radar systems are the most important to ensure driving safety. Currently, the mainstream sensors used for surrounding environment sensing are LiDAR, millimeter wave radar, and vision Three sensors.

By scanning the laser light reflected from an object to determine the distance of the object, a 3D environment map with a centimeter accuracy can be formed, so it plays an important role in ADAS (Advanced Driver Assistance System) and unmanned driving system. From the point of view of the current on-board lidar, mechanical multi-beam lidar is the mainstream solution, but the factor of high price has not been popularized yet.

In addition to the deployment of millimeter-wave radar and video sensors on the Baidu driverless car body that was successfully tested on December 10 last year, a 64-bit laser with a relatively large volume worth more than 700,000 yuan was placed on the roof Radar (VelodyneHDL64-E), Google also uses the same high-end configuration lidar. The pros and cons of the car lidar system mainly depends on the performance of the 2D laser scanner. The more the laser transmitter harness, the more cloud points collected per second. However, the more wiring harnesses, the more expensive the lidar is.

Taking Velodyne's products as an example, the price of a 64-wire lidar is 10 times that of a 16-wire beam. In addition to the high cost of lidar, its performance in smoke media and rain and snow weather is generally limited.

However, as a core sensor, low-cost solutions will accelerate the arrival of driverless driving. At present, the manufacturers of high-precision automotive lidar products are mainly concentrated abroad, including Velodyne, Quanegy in the United States, and IBEO in Germany. Domestic lidar products are currently relatively backward. Millimeter wave radar

The disadvantage is that the detection distance of millimeter-wave radar is very limited due to the wavelength, and it cannot sense pedestrians. Lidar can accurately model all obstacles around it. In order to overcome the shortcomings of different shortcomings, car companies must combine these sensors together.