How to use sensors to achieve precision agriculture?

According to the United Nations, by 2050, the global population will be close to 10 billion, and the demand for food will increase by more than 70%. How to increase crop yield while making it more nutritious, precision agriculture can provide the answer. In the Netherlands, precision agriculture has shown a huge competitive advantage. At present, the Dutch government strongly supports the transformation of farmers from the traditional agricultural model to the precision agricultural model. Today, 80% of farmers in the Netherlands have carried out scientific analysis of farmland conditions with the support of the Dutch government. Farmers also collect field information through sensors and drones. In the Netherlands, almost all field control is based on big data analysis. 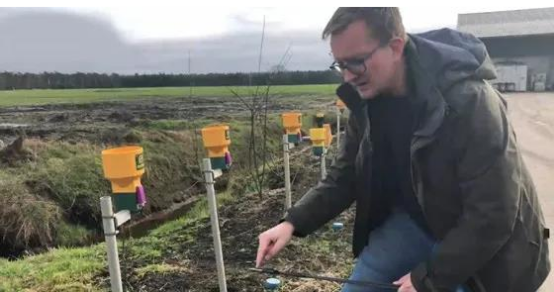 The farm uses high-tech Technical means to timely and accurately obtain and analyze information such as land and crops to achieve maximum yield with minimum energy consumption. Related reports show that the average global yield per 0.4 hectare of potatoes is about 9 tons. At Van Den Bonn, potatoes can produce more than 20 tons per acre.

Van Den Bonn Farm is a family farm. Founded in 1952, the farm has 180 plots of land and a total area of 900 hectares. It mainly grows three crops of potatoes, beets and corn. However, the entire farm, including Paul Vanzog, has only six staff members.

During the off-season, the farm in Vandenborn was busy. In the office, Paul Fanzog, the farm's general manager and data analyst, stared intently at the screens of the two computers, which respectively displayed farmland monitoring maps and dense data tables. According to him, this is data from all farm lands collected through a global positioning system. Based on these data, they will make a reasonable planting plan for each plot. This is the first step in the farm's precision agriculture production cycle.

The reason why 6 people can run a large farm is that it depends on mechanization. The farm has more than 30 various agricultural machines, some of which are highly automated. The second is by digitalization. Data are obtained from many sensors placed in the field.

Farmer Jacob Vandenborn said, "These data are our magic weapon to improve efficiency. Sensors are used in every aspect of agricultural production." Van Denborn said that precision agriculture can make agricultural production both high-yielding and environmentally friendly This requires timely and accurate grasp of information such as land and crops, which is difficult for traditional agriculture, and can only be achieved with the help of digital technology.

After years of exploration, Van Den Bonn has broken down the entire process of precision agriculture into 14 links, of which the first 3 links need to be completed in winter. After mapping the land, soil scanning and rutting calculations are carried out. In a video of a field operation, a tractor is running on the soil with a strip sensor. "In the past, farmers knew the soil only by experience. Now, we can use the information technology and digital technology to accurately analyze the soil. After the sensor scans the soil and obtains a clear image of the soil's internal structure, we can fertilize more specifically. , Irrigation and planting, "Van Zog explained.

The scientific and rational design of motor vehicle routes can increase the average output by 7%. In order to reduce the rolling of farmland by motor vehicles as much as possible, before the start of farming, technicians develop a motor vehicle driving route map based on the global positioning system on a computer for operators to follow when working in the field. In addition, a large machine can be seen in the farm warehouse, with many sensors installed under its two wings. According to reports, crop nutrition data captured by sensors will be uploaded to a computer in the machinery cab. The computer analyzes the data, calculates the different fertilizer requirements for each part of the farmland, and can accurately fertilize under the guidance of the global positioning system.

If you want to know more, our website has product specifications for sensor， you can go to ALLICDATA ELECTRONICS LIMITED to get more information