What are the application scenarios of sensors?

The information age of the 21st century belongs to the sensor to a certain extent, and after entering the era of intelligence, the word "intelligence" naturally needs to be added in front of the sensor. 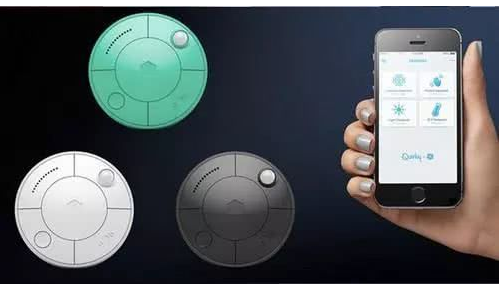 Sensors are the most basic hardware of artificial intelligence, similar to human sensory organs. A large number of sensors can realize "perception + control", and home automation = perception + control. This level of information interaction and human-computer interaction also require more human participation. And artificial intelligence gives the human logical brain to the machine to achieve "perception + thinking + execution", and eventually rose to this level.

For example, the air conditioner at home not only relies on temperature and humidity sensors for self-adjustment, but also automatically selects the mode through the identification of family members, such as wind direction adjustment, temperature adjustment for children and the elderly. These new technologies will bring an infinite imagination space, combined with machine enhanced learning algorithms, will provide in-depth experience.

The sensing device in virtual reality mainly includes two parts: one is used for human-computer interaction and is worn on the operator's three-dimensional helmet display, data gloves, data clothing, etc., the other is used for correct perception and is set in the real environment All kinds of sight, hearing, touch, force, etc.

To achieve AR / VR and improve the user experience, a large number of sensors for tracking motion are required. Such as FOV depth sensors, cameras, gyroscopes, accelerometers, magnetometers and proximity sensors. Currently, every VR hardware manufacturer is using its own technology, Sony uses a PlayStation camera as a location tracker, and Vive and Oculus are also using their own technology.

IMU combined with GPS is the key to maintaining the direction and flight path of the UAV. With the intelligent development of drones, direction and path control are important air traffic management rules. The multi-axis magnetic sensor used by IMU is essentially a small compass with extremely high accuracy, and transmits data to the central processor by sensing the direction to indicate the direction and speed.

The MEMS accelerometer is used to determine the position and flight attitude of the drone; the current sensor can be used to monitor and optimize the power consumption to ensure the safety of the battery charging and motor fault detection system inside the drone; the inclination sensor can measure subtle movement changes, It is used in mobile programs as gyroscope compensation for drones, integrating gyroscopes and accelerometers to provide data for flight control systems to maintain horizontal flight; flow sensors can effectively monitor the minute air flow rate of electric drone gas engines.