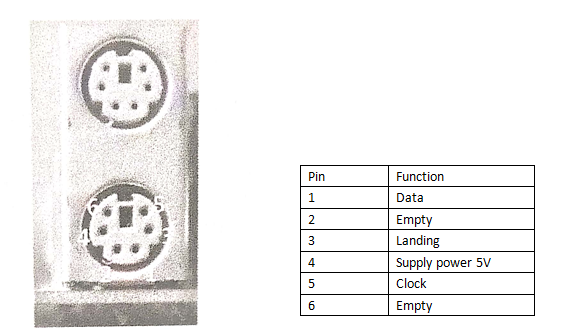 The P/S2 interface works as shown in figure 2. On the Intel,AMD,nVIDIA chipset motherboard on the market, the P/S2 interface is controlled by the IO chip input / output manager. Interface 4-pin and 10-pin for keyboard, mouse provides 5V power supply, the DAT,CLK is a data line and a clock line, respectively, connected to the IO chip, and through the middle of the drag pull up to 5V power supply, and filter capacitance and inductance. IO chip power supply, After the clock signal is normal, the keyboard and mouse are initialized when the power is on, when the user presses the keyboard or mouse and passes through the data line, the clock line is transmitted to the IO chip for processing, and then the IO chip is sent to the South Bridge chip through the LPC bus. After the internal treatment of the south bridge, the corresponding operation is realized.

4)If the P/S2 interface power supply, the data cable is normal, first replace pull-up and drain, the fault is still the case, finally replace IO chip.