What is the difference between led backlit screen and IPS screen?

LED backlight is used in small, inexpensive LCD panels. His light is usually colored, although white backlighting has become more common. Electro-optic panels are often used on large displays, and uniform backlighting is important at this time. The electro-optic panel needs to be driven by high-voltage alternating current, which is provided by the inverter circuit. Cold cathode tubes are used in computer monitors, for example, and are usually white in color, which also requires the use of inverters and diffusers. Incandescent backlights are used when high brightness is required, but the disadvantage is that incandescent bulbs have a very limited life span and generate considerable heat.

The reason why the IPS hard screen has a clear and ultra-stable dynamic display effect depends on its innovative horizontal conversion molecular arrangement, which changes the vertical molecular arrangement of the VA soft screen, so it has a more stable and stable liquid crystal structure. Not in a superficial sense, the hard screen is to add a hard protective film on the LCD panel, in order to avoid the LCD screen from being stung by external hard objects. 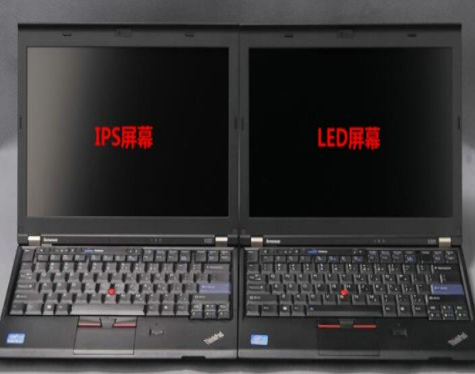 1. The difference of using technology

The full name of the IPS screen is In-Plane Switching, which means plane switching, commonly known as "Super TFT". The screen changes the arrangement of liquid crystal molecular particles and adopts a horizontal arrangement. When encountering external pressure, the molecular structure is far more robust and stable Far better than soft screen.

2. The difference between the angle of view

Because the liquid crystal molecules rotate in a plane, the four axial directions of the IPS screen can reach a viewing angle close to 180 degrees, which is better than the LED screen.

3. The difference of color authenticity

The IPS screen is more vivid, saturated and natural than the LED screen.

The IPS screen guarantees the sharpness of the picture when it shakes, and it has super expressive power, which eliminates the blurring and water ripple diffusion phenomenon of the traditional LCD display when it receives external pressure and shaking.

5. The difference between energy saving and environmental protection

If you want to know more, our website has product specifications for screen, you can go to ALLICDATA ELECTRONICS LIMITED to get more information