The working principle of DVI interface.

1.Visually inspect the interface for damage.

2. Measuring whether the DDPB HP voltage of the hot swappable signal is 3.3 V. 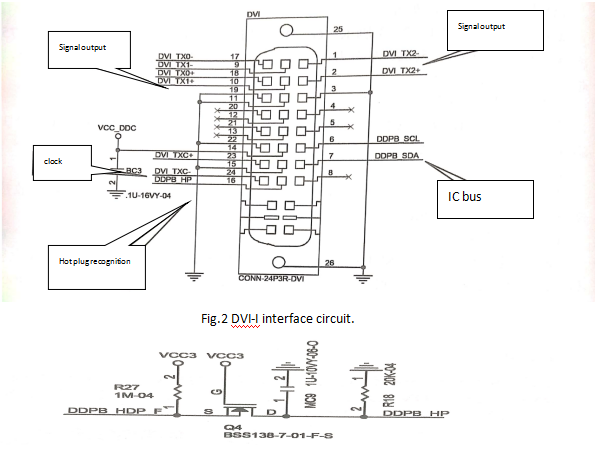 3. Measure whether the DDPB_SCL,DDPB_SDA of the Ic bus is normal.

4. Test the data line DVI_TX, DVITX- to the ground if short circuit, open the circuit.

If you want to know more, our website has product specifications for DVI Interface Circuit DVI interface, you can go to ALLICDATA ELECTRONICS LIMITED to get more information