Do you know the classifications of power amplifiers?

Class A working state: The collector current of the transistor is always flowing throughout the working cycle, and the efficiency of the amplifier is the lowest, resulting in a relatively small nonlinear distortion. Generally used in applications where sensitivity is sensitive, such as HI-FI audio.

Class C operating state: In this state, the transistor works for less than half a cycle, and Class C power amplifiers are generally used for high frequency resonant power amplifiers.

Class D working state: The sound signal is modulated into a PWM form, the transistor operates in a switching state, and the output end recovers the signal waveform through the LC filter. High efficiency, low frequency characteristics, used for miniaturized battery power and high efficiency.

The power amplifiers are classified as follows depending on the operating status:

If you want to know more, our website has product specifications for the power amplifiers, you can go to ALLICDATA ELECTRONICS LIMITED to get more information 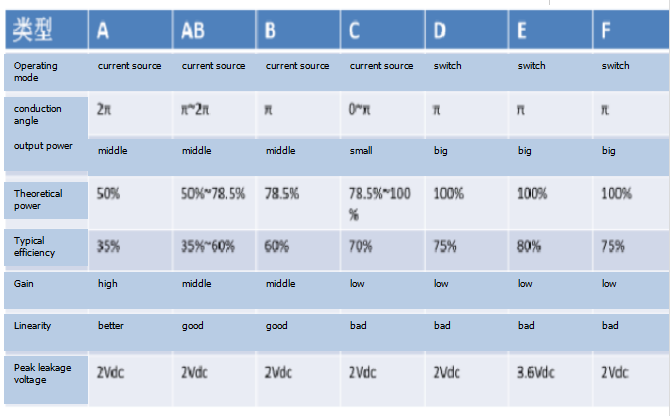