The working principle of the start-up circuit of AMD dual-bridge RS880 chip board. 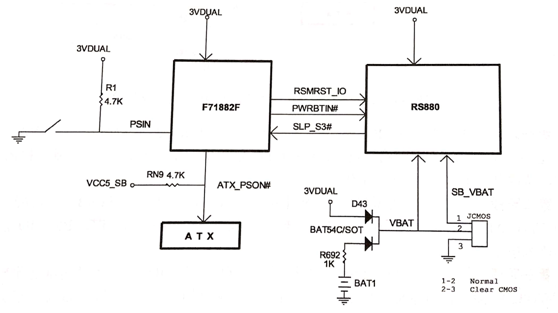