What are the key applications of lidar sensors in autonomous driving?

In recent years, lidar technology has developed rapidly. From the beginning of laser ranging technology, laser speed measurement, laser scanning imaging, laser Doppler imaging and other technologies have been gradually developed. The lidar appeared. With the rise of unmanned driving, robotics and other fields, the editor of Gongcai and everyone will understand the analysis of the key technology applications of lidar sensors in autonomous driving and drones.

Speaking of automotive lidar originated from a self-driving vehicle challenge in the International Advanced Research Projects Agency. The purpose of this competition is to encourage the development of fully autonomous vehicles on the ground. Everyone knows that human driving must first use the eyes and ears to perceive the surrounding environment, and the same is true for auto driving. It uses sensors to perceive the surrounding environment. At present, with the prosperity of the intelligent driving industry, the lidar sensor market has become hot. Especially in the first year of 5G this year. 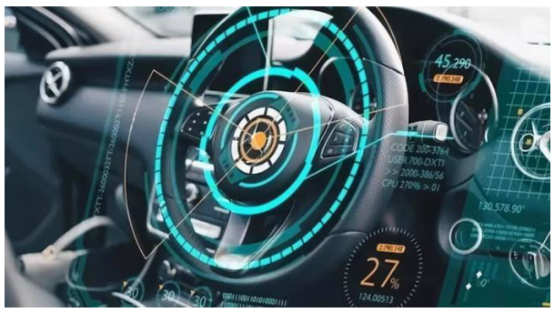 2019 is the first year of 5G. Currently, 56 operators worldwide have announced the deployment of 5G networks, and more than 41 manufacturers have announced the launch of 5G terminals. On June 6 this year, the Ministry of Industry and Information Technology issued 5G commercial licenses to China Telecom, China Mobile, China Unicom, and China Radio and Television, marking China's official entry into the "5G era." There is no doubt that the road of 5G commercialization is getting closer and closer. For cars, 5G blessing, autonomous driving will redefine the automotive industry, and the advancement of 5G commercialization will help the rapid development of the autonomous driving industry. Partners who are concerned about autonomous driving should find that L2 is gradually maturing, L3 fad is fading, and L4 is in progress. That is because today, L2 is gradually maturing, but in the end it has not been able to liberate hands; L3 was hot, but the cost is high and R & D is difficult , General functionality, so there is a trend of fading; and L4 (advanced automatic driving) will often appear with 5G at the same time. The advent of 5G will accelerate the process of L4 autopilot. Become the autonomous driving that everyone really wants.

Only a few years ago, the UAV detection system also required the cooperation of the aircraft, large lidar sensors and crew to complete the image capture. Through the airborne lidar sensor and complex software, the lidar image can be quickly processed in the clouds to provide users with decision-making reference. With the rapid development of lidar sensors, this phenomenon has been greatly improved. Next, understand the related uses of UAV lidar sensors.

The lidar sensor adopts precise positioning and safe navigation technology, has obstacle detection function, and can identify and avoid obstacles.

Based on the integrated optical altimeter technology, this laser sensor can be used to provide accurate distance measurement above ground level.

The lidar sensor can work under low visibility or at night, so it can improve the success rate of obstacle avoidance.

With the continuous advancement of intelligent driving, the number of on-board sensors is rapidly increasing. In the field of autonomous driving perception in the future, we need a fusion of different sensors that are safer, more reliable, and high-performance, in order to establish a better and more reliable perception of our environment, which includes cameras, millimeter wave radar, and lidar.

Among the three main sensors, the importance of millimeter-wave radar is unquestionable. In addition to being cheap, it can penetrate dust, rain and snow, and is not affected by bad weather; the camera cannot be replaced, but although the camera has a shape, it It is two-dimensional, and the recognition accuracy is not enough; lidar has a long detection distance and can accurately obtain the three-dimensional information of the object. It has strong recognition and measurement capabilities, but both the millimeter wave radar and the monocular camera are lacking. However, lidar also has its weaknesses, such as being susceptible to extreme weather such as rain and snow, but overall, its market potential is still considerable.        The two laser radars CE30-A and TF02 provided by Gongcai can be used in the scenarios of autonomous driving and drones.

Solid-state area array lidar ranging sensor-CE30-A uses time-of-flight (TOF, Time of Flight) for distance measurement. It emits modulated near-infrared light, and the light is reflected by the object and received by CE30 again. CE30 calculates the distance between the scene being shot by calculating the phase difference and time difference between light emission and reception.

If you want to know more, our website has product specifications for lidar sensors, you can go to ALLICDATA ELECTRONICS LIMITED to get more information