How to use a resistance strain gage load cell?

An elastomer is a structural member with a special shape. It has two functions. The first is that it can withstand the external force on the load cell and generate a reaction force against the external force to achieve a relatively static equilibrium. The second is that it must generate a high-quality strain field (area) to be stuck in this area The resistance strain gage is ideal for the task of converting strain electrical signals. 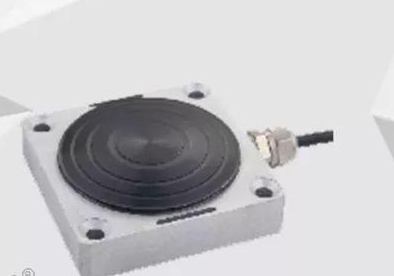 (1) The signal cable of the load cell should not be arranged in parallel with the power line or control line (for example, do not put the sensor signal line and the power line and control line in the same pipeline). If they must be placed in parallel, then the distance between them should be kept above 50CM, and the signal wires should be sheathed with metal pipes. No matter what the situation is, the power and control wires should be twisted together to a degree of 50 RPM.

(2) The output signal readout circuit of the load cell should not be placed in the same box with equipment that can cause strong interference (such as thyristors, contactors, etc.) and equipment with considerable heat generation. If this cannot be guaranteed, , You should consider setting a baffle isolation between them, and placing a fan in the box. The electronic circuit used to measure the sensor output signal should be equipped with an independent power supply transformer as much as possible, instead of sharing the same main device with the contactor and other equipment power supply.

(4) If the load cell signal cable needs to be extended, a special sealed cable junction box should be used. If this type of junction box is not used, but the cable is directly connected to the cable (soldering end), special attention should be paid to the seal and moisture resistance. After connection, the insulation resistance should be checked and the standard (2000 ~ 5000M) must be reached. The sensor should be re-calibrated. If the signal cable is long and high measurement accuracy is guaranteed, a cable compensation circuit with a relay amplifier should be considered.

(2) The load cell should be handled lightly, especially the small-capacity sensor made of alloy aluminum. Any impact or drop may cause great damage to its measurement performance. For large-capacity load cells, in general, it has a large self-weight, so it is required to use appropriate lifting equipment (such as chain hoists, electric hoists, etc.) when handling and installing as much as possible.

1. The mounting plane of the single sensor mounting base should be leveled with a spirit level;

(2) Use structural accessories with automatic positioning (reset) as much as possible, such as ball bearings, joint bearings, positioning fasteners, etc.

(3) It means that the mounting surface of the mounting base of multiple sensors should be adjusted to a horizontal surface (level) as much as possible.

(4) Try to set up some "baffles" around the load cell, and even cover the sensor with a thin metal plate. This can prevent debris from contaminating the sensor and some moving parts.

(5) The loading direction of each load cell is determined, and when we use it, we must load in this direction. Lateral forces, additional bending moments, and torque forces should be avoided as much as possible.

(6) There are some accessories on the scales that must be connected to the scale body (such as the conveying pipe of the container scale, etc.), we should make them as soft as possible in the direction of the load axis of the sensor to prevent them from "eaten" the sensor Caused by the real load.

If you want to know more, our website has product specifications for sensor， you can go to ALLICDATA ELECTRONICS LIMITED to get more information